Translation without Limits & the Limits of Translation, Part One 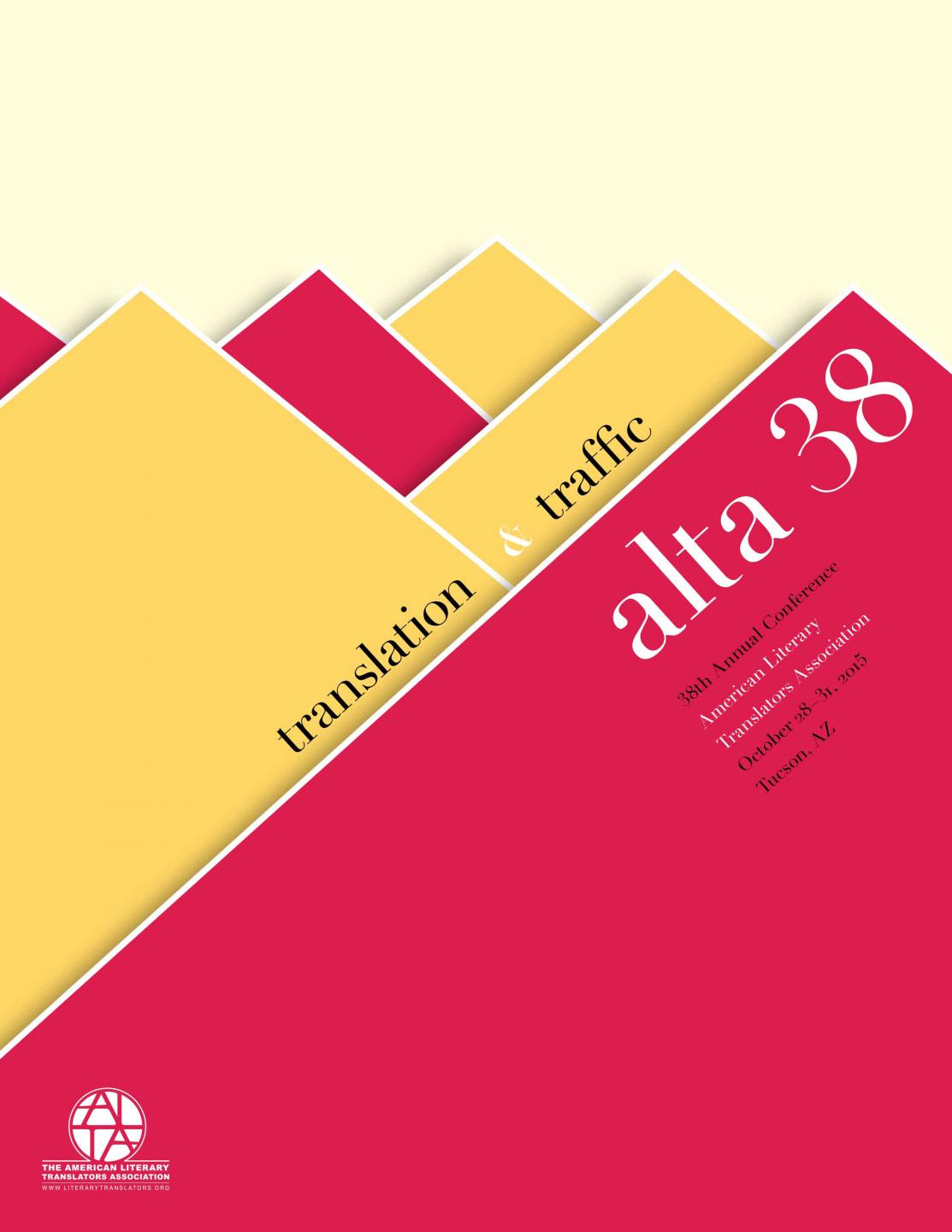 I would like to talk – however briefly – about the ways in which translation has served me as a form of composition and as an underpinning for much of my work as a poet and a writer.  I have never thought of myself as a professional translator, since my grasp of any language other than English has been limited and has made any translation that I’ve worked on a slow and sometimes a very indirect process (often, too, in the case of languages that are exotic from our point of view, in collaboration with other translators).  I have not as a rule added to or subtracted from the original when translating, but within those limits I have thought of myself as a poet using translation as a means for making poems or bringing new poems into English.  Even more than that, I have had a need (I emphasize: a need) to translate and, by translating, to connect with the work and thought of other poets – a matter of singular importance to me in what I have long taken to be my “project” and the central activity of my life as a poet.
I do not think of this as in any way unusual, although it has taken me a long time to recognize it for what it is.  Many writers, but poets in particular, inherit and carry forward the works of those who came before them.  In my own case the work I’ve done with ethnopoetics and with the construction of anthology-assemblages – along with a devotion to the “experimental” as a basis for my writing – has made such considerations still more central to my practice.  Looking back at it now it seems inevitable to me that I would have gotten as engaged as I did with translation and for translation to have had the influence it did on the work I was doing.  A part of that work of course was directly connected with the opening of such a field as ethnopoetics.  My own efforts had followed others in the use of collage and appropriation as a way of opening our individual or personal poetry to the presence of other voices and other visions besides our own.  I came to think of all of that – appropriation, collage, translation – in ideological terms.  Long before our time, Whitman in Leaves of Grass had set the task very plainly:

Through me many long dumb voices,
Voices of the interminable generations of prisoners and slaves,
Voices of the diseas’d and despairing and of thieves and dwarfs,
Voices of cycles of preparation and accretion,
And of the threads that connect the stars, and of wombs and of the
father-stuff,
And of the rights of them the others are down upon,
Of the deform’d, trivial, flat, foolish, despised,
Fog in the air, beetles rolling balls of dung.

This was in the section of Leaves of Grass called “Song of Myself” – that great bringing together of the individual voice with the sense of a total and suppressed humanity.  And it was reborn for us, for me certainly,  in Charles Olson’s rant, say, against “the lyrical interference of the individual as ego,” or in Robert Duncan’s call for a new “symposium of the whole,” a new “totality” – among my immediate predecessors and near contemporaries.
I have practiced translation in one form or another for more than fifty years now.  My first published book in fact was New Young German Poets in 1959, a year before my own first book of poetry.   That book included first-time translations into English from poets like Paul Celan, Hans Magnus Enzensberger, Günter Grass, Ingeborg Bachmann, and Helmut Heissenbüttel, who would become major German authors in the decade that followed.  In the 1960s I adapted Rolf Hochhuth’s play The Deputy for its Broadway performance, did further translations from Enzensberger’s poetry, and began to make occasional translations of Dada poets like Hans Arp and Richard Hülsenbeck from German and Tristan Tzara and Francis Picabia from French.  I had also become engaged with translations from Spanish modernists – much of it for my own recreation and as a way better to understand the work at hand – and from 1960 on, I began to use translation as a way to channel material into publications and readings/performances of my own.

Where the channeling turns up most clearly in my own work, assuming it is “my own” work,  is in the acts of translation that are an underpinning for the big books, the anthologies or assemblages, beginning with Technicians of the Sacred and Shaking the Pumpkin in the early 1970s.  It was there that I could let rip for the first time with those voices and find myself absorbing – thrillingly – something that was far more than myself.  And the translation led me also to an interplay with poets closer to my own time – Schwitters, Lorca, Nezval, Nakhara Chuya, among those I’ve since done in abundance – and finally, most surprisingly to me, Picasso.  For me too the big books were a kind of assemblage and collage (a “grand collage” in Robert Duncan’s phrase), very much like the translations in terms of what they allowed me to do or to be.
In the big books – the ethnopoetic ones in particular – I was engaged with a range of processes, related to but not always identical with that of translation.  Some of those involved the enhancement of previously existing translations, while others – the more interesting from my perspective – involved experimental forms of translation with perhaps an emphasis on the translation of oral poetry and – conversely – of visual poetry – a fascination with what had been thought of as untranslatable forms of poetry.  In “the 17 Horse-Songs of Frank Mitchell” – from sources in Navajo – I engaged in what Dennis Tedlock and I were calling “total translation,” going beyond the semantic level to try to find equivalents for the non-lexical (“untranslatable”) vocables in Navajo song and even – most outrageously for me – for the music – the melodies – by which the words and sounds were carried.  Other Indian song-poems – these mostly from the Seneca – were short combinations of words & sounds which I chose to translate as a kind of visual (concrete) poetry – in order to bring across the curious complexity of otherwise simple or minimal forms – by calling up an image of similar minimal forms in our own (presumably sophisticated and developed) arts of language. (I also found a way to sing them [the Seneca poems] later.)  And along the same lines, while working with contemporary poems that were themselves experimental, I undertook the translation of a large group of often minimal poems by the German concrete poet Eugen Gomringer – finding those a curious vehicle to get down to some fundamentals about the nature of both poetry and translation.

All of that remains central to me – the translations, I mean, and those other suppositions and legitimate acts of  “othering” (something like what Haroldo de Campos called “transcreation”) that underlie my total project.  In The Lorca Variations, a series of poems from the early 1990s, I took a step beyond translation by writing with Lorca (or my translation of Lorca’s book-length poem series called “The Suites”) as my source – isolating his nouns and other words (which were by then my own in English) and systematically recasting them into new compositions.

[Read: from Suites and Lorca Variations]

In another series of poems, Gematria, I used a traditional Jewish form of connecting words by numerological methods and a word list of numerically arranged words and phrases from the Hebrew Bible, to make a poetry – as with the Lorca Variations – that I thought was both personal to me and was created by means that shared in what Blake saw as “the most sublime act ... [:] to set another before you.”  And still more recently – in a work published in 2004, A Book of Witness – I have used the first person voice, the pronoun “I,” to explore whatever it is that we can say for ourselves – not only my personal self but that of all others – and by that process can even and meaningfully put identity into question.

[Read: from Gematria, 14 Stations, A Book of Witness]

To Be Continued
Posted by Jerome Rothenberg at 5:42 AM

I'm from Venezuela. I'm an architect and I enjoy reading a lot. I have a few days vacation from my work and I'm spending it by translating some poems that I like. I'm enjoying the activity.

One of your post of the poet Göran Sonnevi sent me here.