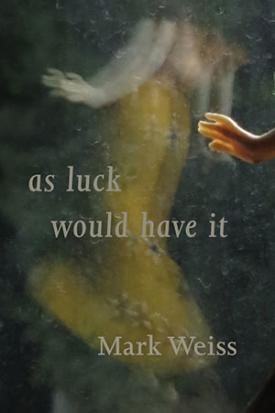 BY WAY OF THE SEASON

After its struggle the gazelle
surrenders to the lion's grip, useless
to fight. Does it think then, does it think
'if only I'd dodged to the right. If only.
Maybe next time.'
As the cat disembowels it and begins to feed.
Farewell to the hills
farewell to the herd
farewell to water hole and tender grasses
and the joy of the young at the teat.

At moments when the consequences of choice are upon us we say
'this can't be all there is,' but it can. Regret, nostalgia and longing,
on the other hand, are ready gifts, one can live
as if there were choices with no consequences, as if
the life could be unlived
and lived again.

No way no way
elusive as wind.

Stories and the stories of stories.
A vocabulary of places gathered and left.
Putting death aside, one wonders whether to climb that distant hill, as in
the conservation of matter.
There are so many windows to look through.
Opposite, a building seems to wear as a crown the trees
beyond it. Close one eye or the other
to recover its true flatness. If I say
'rock dove' do you see 'pigeon?'

No gull rests now on the cross above the church's triangular facade, but
it's apparently a perch
reserved for gulls to take turns at.
So much for religion. One prays
to invest oneself in the known and unknown places,
the simplicity of the abandoned and the immanence of ruins.
Ghost-whispers.
'I am the demon that whimpers at night,'
he said, and the pigeons
(or doves) ride even the steepest wires. The oblique
is granted them. Across the street
in front of the travel agency
a gruff Santa makes Christmas noises
in Caribbean Spanish. For a moment I thought it the ghost
rising through the radiator from the apartment below.
He dances now to "The Entertainer" played on a portable keyboard.
Ragtime Spanish Santa from the Dominican Republic.
And what would Dominic have made of this? 'Church
of the Immaculate Deception,' he might have said. As in
'I bring you pestilence'
he might have said.
It was an epidemic of grace.

That year three virgins bore sons.
Zeus the King displayed his thunderbolts.
Chango fell as a shower of gold.
And Chac arrived as rain.
Where you find it bring joy.

[EDITOR'S NOTE. Writes Ron Silliman of Weiss’s workings here & across the years: “]This is a barefoot poetry, almost in the very oldest Asian sense of that phrase, a poetry of voice & body that recognizes that even body-language has accents, which surely it does. The eye is keen, the humor self-deprecating. Mark Weiss has reached that point on life’s mesa where forgiveness (to oneself as well as others) may well be the most important of gestures. A book to make you glad to be in the world.”]
Posted by Jerome Rothenberg at 2:00 PM