Moira Roth: Through the Eyes of Rachel Marker, A Piece for Two Voices 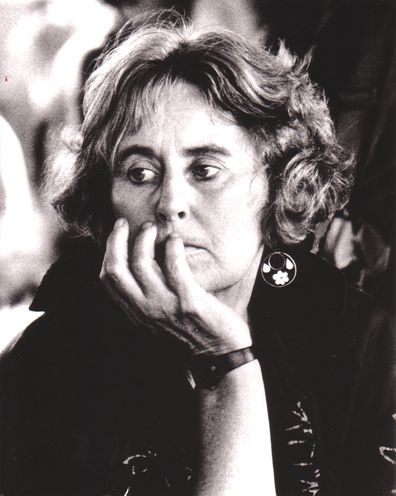 [Moira Roth (1933-2021), English-born & American-based critic, art historian & writer of fictional plays, poems, & narratives, was an expert on Marcel Duchamp. She wrote extensively about women & performance art in California & was for many years on the faculties of the University of California San Diego & at Mills College in Oakland, California. Performance works of her own, like the following, were an integral part of her oeuvre & call now for a serious re-viewing. (j.r.)]

Beginning:
ANNA AND MOIRA GO TO STAGE, STAND BY THEIR STOOLS AT THE TABLE, PICK UP THE TWO NEWSPAPERS,  GERMAN AND BOSNIAN, HOLD THEM IN FRONT OF THEIR FACES AND READ - UNTIL THEY HEAR THE SOUND OF WATER (DANUBE), then LOWER NEWSPAPERS, AND SIT ON STOOLS.

**IMAGE #47:CLOSEUP OF THE "WINDOW" DETAIL OF THE CHARLES BRIDGE SCULPTURE

ANNA:
In Prague's Old Town, Rachel Marker wrote each day at the same table by the far window - the waiter always guarded this space for her.

It was at this table on June 12th , 1924,  the day after Kafka's funeral, that she began to write her daily letters to Kafka.

Each evening the waiter would collect these, storing them in a suitcase that had once belonged to Kafka.

Years later she had sat by this window for the last time on the day after war was declared on September 3rd of 1939.

In her letter to Kafka of that day, she told him that "Two days before, the Nazis had invaded Poland, and today war has been declared on Germany by Britain and France. I have decided to leave Prague."

In this last letter that she was ever to write to Kafka, she included the draft of the  play that she had just started to write about the Golem and the Angel of Death.

She told him too that she had always been inspired by something he had once stated:

"Writing is a form of prayer. Even if no redemption comes, I still want to be worthy of every moment."

MOIRA:
"Writing is a form of prayer. Even if no redemption comes, I still want to be worthy of every moment."

Now I look out of the window of the café, instead of her.

It is Saturday morning, April 23rd, 2005, and I have brought a small faded photograph to the café, together with a magnifying glass that once (I am told) had belonged to Rachel Marker.

Anna picks up photo of Rose and father, holds it up for Moira…Moira picks up the magnifying glass.

A fashionable couple, a young woman and an older man, are walking in a city.

He is wearing a bowler hat, and his hands  are in his pockets, and she is in a tightly fitting, 1920s hat, and fur-collared, loose coat.

On the back of the faded photograph, in elegant handwriting, the caption reads "Me and My Father, Berlin, 1929."

Sitting in this Prague café in 2005, I begin to write a story, "The Blind Woman and Rachel Marker."

NOTE. In an introduction to the project as a whole, Moira Roth writes: “Begun in 2001, ‘Through the Eyes of Rachel Marker’ is a fragmented narrative about a fictional Czech Jew, a poet and playwright, who lives through the 20th century. After the 1924 death of the Czech writer Franz Kafka, Rachel Marker writes to him daily about her own writings, experiences and thoughts, and describes to him events in current European history, especially the rise of fascism. In the fall of 1939, she flees to Paris after the German invasion of Prague, and finally turns up in Berlin after World War II, where she takes photographs every day of the city’s shadows.”

It is now time for me to carry out the last part of my search for Rachel Marker. Tomorrow I am taking the train to Germany to study her archives housed there.

The archivist has brought me piles of Rachel Marker’s photographs of shadows, the originals for her Book of Shadows.

The archivist describes the now-famous story of the discovery of the photographs on a long wooden table in a deserted room in the Mitte—each carefully marked with a notation of place and date. Published anonymously (there was no clue in the room as to who the photographer was), research slowly revealed that the photographer was Rachel Marker.

The archivist also brings me a long undated manuscript in Rachel Marker’s hand.

She tells me that this memoir, “Of Berlin and the Book of Shadows,”  has only been found recently, and that I will be the first person allowed to study it. She asks if Rachel Marker and I are related. I tell her I don’t know.

As I begin to read it, I am struck that it is written in the present tense—as if , finally, Rachel Marker  and I are  in the same time and space.

I can find no traces in Paris of what Rachel Marker did during the war, after the Germans entered Paris. Nor do I know where she went after the war, except for a visit to Vienna during the Allied occupation of the city. Recently I found the 1949 letter that she wrote to Kafka about this.

I know, from her letters to Kafka,  that as a child Rachel Marker would visit Vienna in the summer  to stay with her grandmother, who lived in the  Leopoldstadt district of the city. And that the two of them would make annual pilgrimages to see Brueghel’s Tower of Babel in the Kunsthistorishes Museum.

I know that for nights after such visits Rachel found herself in her dreams speaking fluently in a strange language. Still half-asleep, she would write down in her blue notebook that rested on her nightstand words from these dreams, but none made sense to her in her waking life.

Back in Prague, Rachel and her friends, including the Blind Woman, would puzzle over the writings, but no one could understand the words.

I also know that later Rachel Marker began regularly to visit Kafka’s grave in Prague’s New Jewish Cemetery, and that if no one was within earshot—Rachel would read out loud to Kafka from her childhood blue notebook. 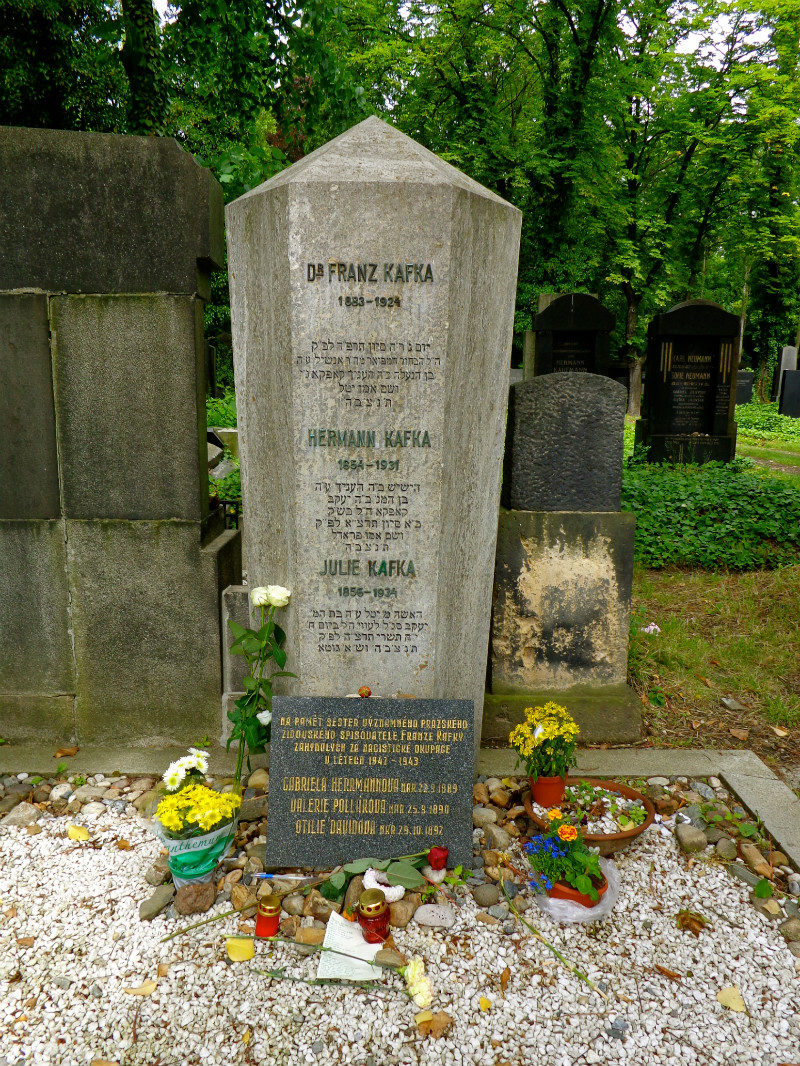 Before leaving Prague in 1939, she went for the last time to the cemetery.  By the gravestone, she found an envelope addressed to her.  Inside was a long letter inscribed in the same strange language of her childhood dreams and notebook.  When she left Prague the next day, she gave this letter to the Blind Woman to keep for her.

As you know, yesterday I obtained a visa to enter this divided city.

Navigating through the various check points, operated by Russian, French, English, and American soldiers, I made my way to the museum, and to the Tower of Babel.

A man, already standing in front of the painting, turned to me to ask, “Did you get my letter?”

Together we left the museum speaking in a tongue that we alone could understand.

Posted by Jerome Rothenberg at 12:22 AM