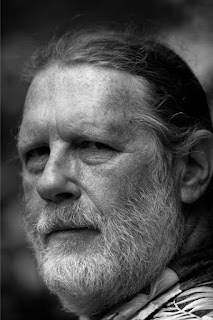 Looking back at the death, yesterday, of Mark Weiss, I feel the great loss for those of us who loved and so much admired him. And I think back to the piece of his I last posted on Poems & Poetics and Jacket2, with a nod as well on Facebook, a couple of weeks before his death. What I didn’t call enough attention to then, was the part of his “author’s note’ in which he spoke directly of his own coming death, which he felt to be very soon approaching. The following, then, is what he wrote about it, and what I can leave for him now, with gratitude and love. For which the accompanying poem of his can be found in its entirety at https://jacket2.org/commentary/mark-weiss-0

=========================================== “Even stances towards one’s imminent death, I’ve learned, occur in stages. Utter calm in the face of it has passed. But at the first phase I found myself experiencing flashes of illumination, often of otherwise unnoticed moments — not a brilliant hike, for instance, but a brief otherwise forgotten glance at the landscape, or the fit of a hiking boot, or in other settings a person glimpsed once and never seen again, or a nondescript moment in my son’s childhood, all as vividly present as a moment in a Book of Hours — that sense of illumination. The sense of the richness of a lived life, and a reassurance that it has been incredibly full, despite the failure to do this or that I’d hoped to do — all sense of loss absent. “In hospital my son thought to read to me. A lovely idea, but it proved to be impractical in a shared room. So he took the books home, except for one — a copy of A Suite of Dances. I had in fact been dreading having it read aloud to me, afraid that I’d want to revise it all, after the eight years I’d already spent on its elusive structure. The book is as described above. The individual units are usually lucid, if brief. Out of boredom I opened the book. Avoiding the inevitably more structured beginnings and endings of sections, I read at random. It was like finding those illuminated moments. Yet another way to read, a way to take delight in.” ======================================== The loss of course is beyond my words to say properly, for which his own words will more than do.

Posted by Jerome Rothenberg at 6:40 PM