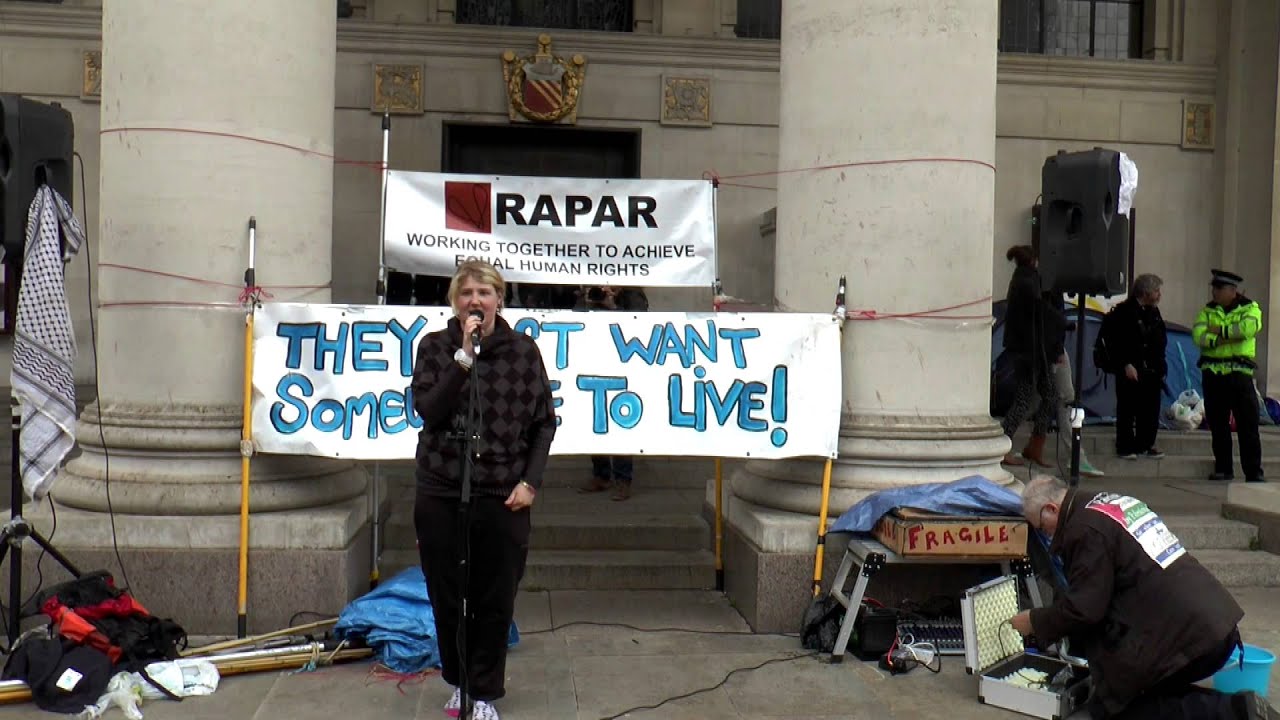 [author’s note. The Homeless Library (2104-17) is “the first history of British homelessness. A collection of books handmade by homeless people, reflecting on their lives and how they connect with the wider, previously unwritten heritage of homelessness.  The books describe lived experience in interviews, poetry, art.”  It was created by poet Philip Davenport and artist Lois Blackburn under their experimental arts organization arthur + martha based in Manchester, UK.  I first became acquainted with the project when, at a poetry festival and symposium I organized in Glasgow, 2016 called “Outside-in / Inside-out,” Davenport and Blackburn exhibited (the books of) The Homeless Library and discussed it along with the informative and incredibly moving testimonial presentations of several participants from Manchester.  The idea of a “poetry of the outside” suddenly veered back to a “root” or radical instantiation of its meaning and power.  Phil and Lois asked me to characterize the poems of The Homeless Library.  Many more can be found on the arthur + martha website.  (JCR)]

Although interviews feature in the Homeless Library, they do not define it. The purpose of this project, is to recast lives into a wider frame that transfers pain and trauma into the larger rhythms of life, and simultaneously allows a critique of society. If "documentary" sets the terms by which life is measured, particularly when life has been restricted by society, then poetry’s capacity is reduced (1). The subject is usually the centre of documentary narrative. But here it scatters itself as poem, among objects and events outside itself, it swivels between individual and collective, this world and a larger world: “the dreaming earth”.
​
Given the uncentered, unprotected and rootless reality of homelessness, it isn’t surprising that homeless writing is preoccupied with many “worlds,” and with space itself. In her 2008 book, The Culture of Homelessness, Megan Ravenhill observes that “the concept of space is far deeper than a set of sleeping or begging patches . . . space and the ownership of space creates power, has identifiable purposes and can be political” (p. 176). Space is anything from a safe space to sleep, to the definition of identity. The Booth Centre is a safe space. But, says Lois Blackburn, the weekly poetry and art sessions there turn a space for relaxation and physical recuperation into one of “quality conversation,” discussion of the past, of now, and of meaning. The poetry and artworks become not only a safe but, let me say it, a sacred space. In the following, the speaker describes being rooted in space, but is it that of the Wellspring or of the poem itself, process and product?—

When you first come here
You are in dire straits
You come to heal at the
Wellspring.
​
“The Wellspring” is a homeless resource centre in Stockport, Greater Manchester, and yet the word is metaphorical as well. “Here” may also be the making of art, where the world is remade on the spot.
​
Us; we’re dreaming the same
Hundreds of miles away or next to you. . . .
​
You visit the old dreams to see
If you’re doing right or wrong.
A rite of passage
A chuckle dream

The stream runs within
Comfort, guidance, warning
My mother, brother,
And sister.
​
The world of Wellspring extends past physical care into the unconscious, an opening up of being, and a meditation on making, as distinct from dream.
​
Everyone dreams, but
Sometimes we shoot and miss.

Friedrich Hölderlin is reputed to have written, “To live is to defend a form.” (“Leben, das heisst eine Form verteidigen.”) The extremity of the statement draws our attention to the power that formal acts have had on the HL participants. In blogs, Davenport and Blackburn describe the extraordinary present-ness of The Homeless Librarians scribing, drawing, printing over published, canonical text, and making books. For people insecure about their relationship to language, many of whom term themselves “illiterate”, to turn language into not just written but also material form is to reclaim power. The poems of the Homeless Library make sophisticated formal decisions often used by experimental poets, and the books that contain them recall the work of experimenters with book form - Dieter Roth, Anselm Kiefer, Ed Ruscha. Work on the poems often proceeds from group discussions transcribed and then given poetic shape by one or more members of the group, including Davenport and people to locate their experience in a larger system of oppression. The Library creates its poetry of critique by layerings, juxtapositions, and translations (that is, the carrying across) of materials from apparently different domains, transgressing known borders.
​
woke up this morning not in my own bed
Half a bed it was I fell out of

Fell out across fields, over and out
Over and out to continue
Made my way here. . . .
​
“Bed” becomes “half a bed,” to fall out of bed becomes “Fell out across fields,” and “over and out [of bed]” becomes the pilot’s signal of the end of communication. Here, however, the poem contradicts, in a Beckett-like way, the implications of ending: “Over and out to continue.” Language and syntax generate new versions of themselves that becomes a kind of heroism: “Made my way here.”
​
Unlike most HL poems, the following refuses local detail in order to entwine itself in the received poetic imagery of Shelley’s West Wind. The “Ode” becomes a spiritual reference point for defining self:
​
O wild West Wind
I am a system in chaos.
A breathing Autumn
In chaos, I am a system
Leaves dead, driven like ghosts
There is meaning in them unknown to the Traveller
Yellow, and black, and pale, and hectic red
Perfection is not necessarily smooth and orderly
Pestilence-stricken multitudes we
Arrive where we started
My life’s journey
dark wintry bed
winged seeds
I am a system in chaos
A wild West Wind
O’er the dreaming earth.
​
Formally, “O wild West Wind” continues the practice of “occupying” words and phrases from a canonical poem. It rejects Shelley’s sonnet-terza rima stanza along with the Ode’s movement from emotional burden to revolutionary spring, and speaks in non-Shelleyan language of a self placed on the threshold of a radical discomfort: “I am a system in chaos.” Alluding only to stanza I of the “Ode,” the poem seems arrested there. Everything in Shelley moves forward—winged seeds imply future rebirth nurtured by the visionary dream of the earth. But the speaker in the HL poem describes her/himself as a system; does that system refer at once to the affective system of sadness, anger, hope, poetic realisation and also to a social system that oppresses achievement; “we arrive where we started”?
​
Shelley’s expansive rising lines are reduced (“Thou, from whose unseen presence the leaves dead/ Are driven, like ghosts from an enchanter fleeing”) to “leaves, dead, driven like ghosts”. As with some of Oppen’s late poems, a line slows its forward movement, turning back to its beginning and at the same time crossing over to the next one, requiring a pause and deepening of attention. The line-breaks create another system of chaos, a mirror for the authors. Is it “hectic red perfection” or “Yellow, and black, and pale and hectic red”? Does “we” belong primarily with “Pestilence stricken multitudes” or look forward to the next line: “we / Arrive where we started”?

And so to a broader question. Are the poems and artworks of The Homeless Library mired in a hopeless present, spelling out the rules cruelly applied to what Barbara Ehrenreich calls the permanent underclass of modern capitalist society? I would argue differently for these poems (and the books of this Library, which are, essentially, visual poems themselves). They capture moments of empowered collaboration and construction, they are works of art that shape and reshape lives, allowing a future reimagined. Shelley said in his Defence of Poetry, “the future is contained within the present, as the plant within the seed.” Perhaps this is how to read the entire The Homeless Library, not just as history, but also as the seeds of a possible beginning. The final lines of “O wild West Wind,” in which the “I” escapes, to catapult into a cosmos of wind and dream and earth:
​
I am a system in chaos
A wild West Wind
O’er the dreaming earth.

seeds of a possible beginning. The final lines of “O wild West Wind,” in which the “I” escapes, to catapult into a cosmos of wind and dream and earth:
​
I am a system in chaos
A wild West Wind
O’er the dreaming earth.
Posted by Jerome Rothenberg at 8:24 AM