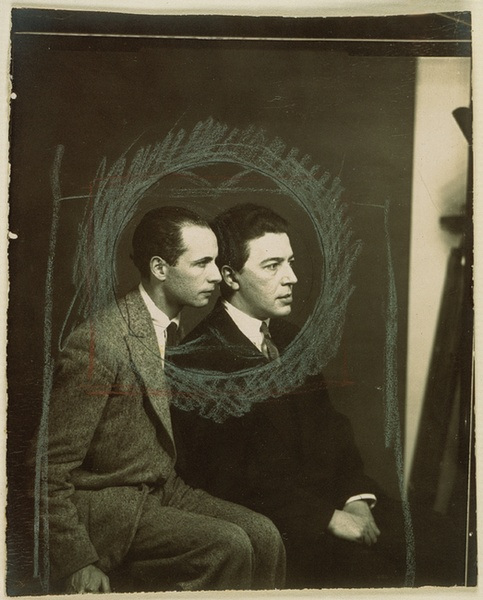 
Translation from French by Charlotte Mandell

Foreign animals and industrial generals are in the same circle
The avenue of kisses
Illness of young people
The paper on the wall beds cages and circuses
Studios of salvations
A dance quick a dance
Delicate chemistry
Throw the dice
A man at sea
A man goes by I want to see him
He’s running blue bluer than my frozen fingers stain of the tracks
Railroads factories
Iron burns
Wood
Prison tobacco mother of dreams
A roundabout bar sickly gallantry
Thursday Thursday
Take your hand head in the trees
Calm of suns
Compound salts
Trucks, bring us the results
The shades our girlfriends
A general commands hands
Beautiful watches

Opening of sorrows one two one two
They are toads red flags
Saliva of flowers
Electrolysis beautiful dawn
Ball of suburban smoke
Clumps of earth cone of sand
Dear tolerated child you whisper
Never pursued the mauve light of brothels
The rug is bordered with nests of dead leaves
House-movings followed by village bands
On the walls for festival days they hang eyes toys of the poor
Farewell source of illnesses
All cries, all, and those that remain are liquid
For grownups the red order
Sun house dance forgetting the veils of the fog
Summer moon
The lantern and the little grey tree that bears an exotic name those are the fingers of
ataxia sufferers the vines of the fields
Biology teaches love
Weave lucid truths
My head is wrapped in a bandage
Crime or suicide
Acetylene is a white carnation
Dreadful pince-nez


ON THE THRESHOLD OF TOWERS

The air-waves of miracles and deeds
Divine calculation of palaces
Mercy for all those members
A solid rug a sword-cane and the glory of the exiled
The numbers of horizons scarlet tongue inclinations
Why bow your noble or struggling head
The days pass through your hands
Little flame for those born blind
Demonstration of laughs brown school in the back of the village blue smoke of
coalminers and alpine foresters
A rainbow shepherd magician
The light comes like a freshwater spring
Physics is nothing anymore
Those long threads and telegrams are the flowers of our rosy civilizations
We must take care of the neighbors smells of nights and morrows
The school window draped with ivy
The galloping of camels
Lost harbor
The train station is on the right Café de la Gare Bifur It’s fear
Oceanic prefectures
I hide inside a historic painting
So green it’s about to blossom
The leaves are tender sighs
Quickly cut down your escaped three-masted desires crazy dancers
The sea has no more color come look at the sea of algae
The gillyflower mappa mundi or shark
The poor giraffe is on the right
The seal groans
The inspectors have obscurities and kingfishers in their hands a graphometer animal of
dry cities
For you, lost stamens Headquarters
of cold eternities

Bottles of flames are sweet so sweet
Suburban pirates have eyes lined with black
Green brightness adoration of landscapes
Polished shoes
Industrial company without credentials Chemical Association of Pendulums
Slackness of eyeless rodents
Bulimias of pale brooders
Mauve naivety of sellers of swift, brutally hollowed-out shutters
Under the eye of adopted acids lighthouses give courage
Green water for women
Newspapers from the day before yesterday grandmothers ramble on the sky is blue the
sea is blue eyes are blue
Musical light beams quadrupeds indolent saber
The torn-apart wasps are mute they are weeping tarantulas The bag of cities under the
sea pigeons are present lights cut walls and brains
There are always alarm clocks
The basilica of terrified seconds
The importance of barometers flatfish
Basil and reseda
Spanish dances cliff of deeds scaffold of waterfalls
A sphere destroys everything

translator’s note.  I first started translating THE MAGNETIC FIELDS at the request of the young poet Tamás Panitz.  He had been going to Gloucester to visit the poet Gerrit Lansing, a dear friend of my husband, the poet Robert Kelly.  Gerrit would recommend various poetry books he thought were worth reading to Tamás, and Tamás would faithfully follow his advice.  Except in this case:  there was no translation available of THE MAGNETIC FIELDS; the Gascoyne/ Atlas edition had gone out of print and was prohibitively expensive.  So I thought, why not just do the first chapter?  Except after the first chapter, I was hooked — there was no way I could stop after experiencing the thrill of translating such an outlandish, enticing, absorbing text.  I began to feel I was a part of the pioneering automatic writing process, and had to go on to the end.  And so I went on, and on, until I had finished translating the whole book.  This was back in 2016, I think.  When I was done I compared my translation with the Gascoyne and thought, Maybe this is worth publishing after all.  Then by a wonderful coincidence (through the deus ex machina of my friend and fellow translator Jeffrey Zuckerman) I met Edwin Frank, editor in chief at NYRB Classics, and thought on a whim I’d send him the manuscript.  To my delight, he liked my translation, and to my greater delight, he said they would publish it in 2020 — exactly a century after its first publication.  For this, I would like to thank the gods of poetry, whose wonders never cease; the angel Gerrit Lansing, who set all this in motion (and who alas died recently, in 2018); Tamás, for his (frequent) prompting; Robert, for his invaluable help in editing this translation; and all the wonderful people at NYRB Classics, to whom I am truly grateful, but Edwin Frank especially, for recognizing something in this text that might be worth reading.

Posted by Jerome Rothenberg at 6:02 AM